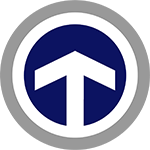 40% of Automotive Suppliers Will Stop, 50% Will Work Partially!

TAYSAD has conducted a significant survey on the effects of coronavirus related to the automotive industry. According to the survey, 63 percent of suppliers applied to İŞKUR for “Short-Term Employment”, while 37 percent have not yet applied. On average, 40 percent of the participant members stated that they decided to stop production completely on March 30 to April 5, while 50 percent stated that they would continue working partially and 13 percent at normal levels by maintaining social distance. This revealed that more than 100,000 employees of the supply industry will be directly affected, which currently employs over a 200,000 in Turkey. 32 percent of the members who participated in the survey agreed that the problems caused by the epidemic would last 8-10 weeks. In this period, 93 percent of the participants stressed that the biggest problem they experienced was loss of business and turnover. This problem was followed by the loss of motivation of employees with 75 percent and the late arrival of the import material with 47 percent.

Mr. Alper Kanca, TAYSAD President, stated that according to this survey, TAYSAD members have been concerned that there would be a serious lack of infrastructure regarding “Short-Term Employment”. Mr. Kanca said, “Short-Term Employment” should not be limited to 3 months. Even though the coronavirus effect ends within 3 months, its economic consequences will last at least 1 year. In this period, we believe that the sector should be supported with long-term, favorable interest rates of Eximbank loans. In addition, a reduction in tax rates will greatly ease the sector's situtation. Furthermore, considering the extraordinary situation we are experiencing, it may be in favor of the sector to postpone bank loans for 6 months instead of 3 months without additional interest. ”

Like the coronavirus (COVID-19) epidemic affected many sectors, it also caused the supply chain of the automotive industry to stop, with its 200,000 employees. Automotive Suppliers Association of Turkey (TAYSAD) is Turkey's sole representative with around 460 members and conducted an exclusive survey to investigate the effects on the automotive supply chain because of coronavirus outbreak. The survey, which was attended by TAYSAD member companies, revealed the first impacts of the epidemic on the supply industry, the expectations of the sector and the problems faced. According to the survey, 63 percent of the suppliers applied to the İŞKUR for “Short-Term Employment” announced under the 'Stability Shield' while 37 percent stated that they did not apply for this allowance.

More than 50 percent are working 'partially'

Within the framework of the coronavirus measures, it was seen that the supplier industry preferred to work partially. While 40 percent of the members who participated in the survey indicated that they decided to stop production completely on March 30 to April 5, 50 percent stated that they would continue to work partially and 13 percent would continue to work at regular levels by maintaining social distance. These data has also revealed that over 100 thousand employees of the sector will directly be effected, where more than 200 thousand people are presently employed. 50 percent of the suppliers who expect gradual normalization in production along the following weeks has predicted that partial work would continue on 27 April to 3 May. 42 percent of the participants estimated that it would be possible to switch to normal work on these dates, whereas 12 percent predicted that production could continue to stop.

According to TAYSAD's members survey, the weekly capacity utilization rate of the suppliers will decrease up to 32 percent on 30 March to 5 April. It is foreseen that this fall will increase gradually in April and reach up to 62 percent. On the other hand, 32 percent of TAYSAD members taking part in the survey agree that the crisis will last 8-10 weeks. It was 26 percent of members who estimated that the effect of coronavirus epidemic on capacity utilization rate and volume would last longer than 10 weeks. In addition, 85 percent of the supply industrialists participating in the survey stated that they took their own additional precautions for cash flow problems.

The biggest problem is loss of business and turnover

Coronavirus epidemic has affected the automotive supply industry in Turkey negatively especially in 3 aspects. According to the survey, it was emphasized by 93 percent of the participants that the major problem encountered in this period was business and turnover loss. This problem was followed by the loss of employee motivation with 75 percent. 47 percent of the supply industrialists stated that the late arrival of the import material is a critical challenge encountered. Furthermore, it was seen that problems such as delivery problems, delays in export customs and cash flow were the other problems.

Alper Kanca: Short-term employment allowance should not be limited to 3 months

Mr. Alper Kanca, TAYSAD President, who made evaluations on the subject, stated that automotive suppliers have concerns that there will be a serious lack of infrastructure regarding short-term employment. Pointing out that the automotive suppliers has mostly expressed this issue in their survey, Alper Kanca said, “The short-term employment allowance should not be limited to 3 months. Even if the coronavirus effect ends within 3 months, its economic consequences will last at least 1 year. In this process, we believe that the sector should be supported with long-term, favorable interest rate Eximbank loans. In addition, a reduction in tax rates will greatly ease the sector's position. In addition, considering the extraordinary situation we are in, it may be in favor of the industry's interest to postpone bank loans for 6 months instead of 3 months without additional interest. ”

“There are some problems in application”

Mr. Alper Kanca, TAYSAD President stated that there are also TAYSAD member industrial companies, who stated that there are difficulties in the implementation of the economic measures packages, and said, “Some complications are experienced by some of our members regarding the implementation of the measures taken by our government and the recommendations made by the Banks Association. In other words, we are informed that banks do not take a positive attitude regarding postponement, restructuring and use of funds. Banks must put their hands under the stone in this difficult period. We hope that the problems will end soon. We, as TAYSAD, will do our part and continue to have close contacts with the authorities regarding all these issues. ”

With the Business Excellence URGE Project, a total of TL 45.5 million in improvements were achieved
14 March 2022, Monday 09:36